How Not To Succeed

Are You Measuring Success The Wrong Way?

Last weekend I enjoyed a 12 mile hike through mountain trails with a good friend.

The day was gorgeous, the scenery beautiful, and the conversation stimulating.

After our hike, my friend told me an amazing story about the unlikely tragedy surrounding his company's buy-out for more than $100 million dollars.

What's amazing is how a successful buy-out could be a tragedy.

After all, it's every entrepreneurs dream.

These four leaders who drove this company from feeble beginnings into a $100 million dollar pay-day should have enjoyed every minute of it. 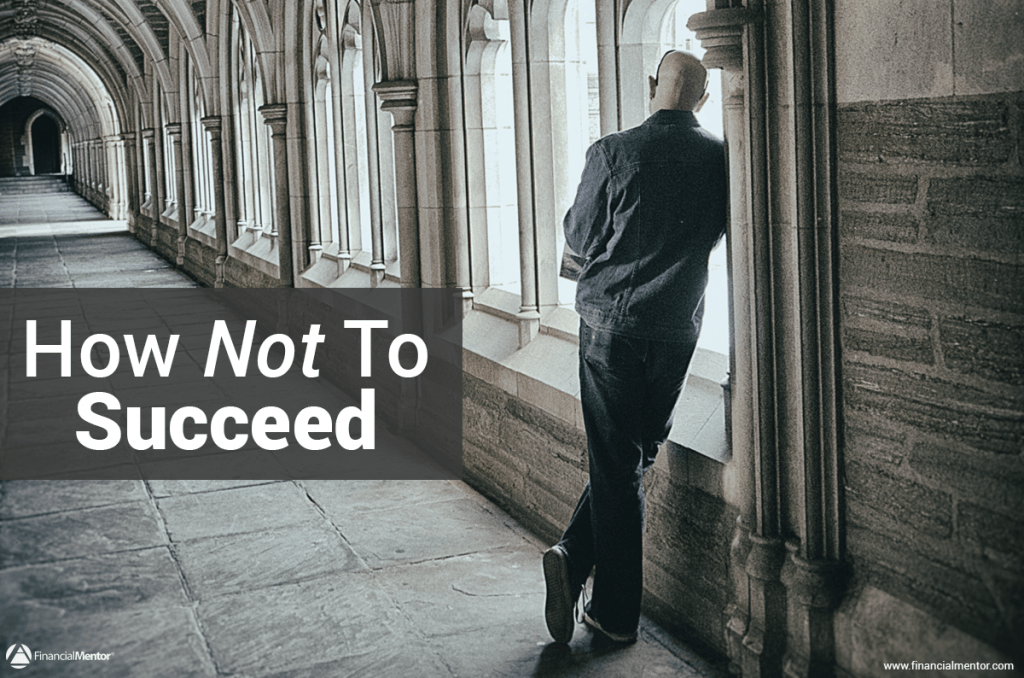 For example, the company founder worked non-stop, ridiculous hours and wore himself into the ground ignoring multiple health warnings.

He ended up with a massive stroke at age 50, killing off a major portion of his brain and functionality. He now has difficulty walking, and can barely enjoy the fruits of his success.

The CFO died within a year of selling the company (also at a prematurely early age).

Only my friend (the fourth executive) managed to maintain his health, marriage, and sanity through the process of building the business.

The moral of the story is that's no way to succeed.

It may be a cliche, but when you have your health, you have everything.

Living life in balance while pursuing financial gain is an essential part of the formula for true success.

The founder of the company received $80 million, but I doubt anyone reading this post would swap their health for that money if it meant also having a stroke and becoming partially brain-dead.

The bottom line is don't make the same mistake and sacrifice your health for success.

Don't make too many sacrifices in the name of success. Money isn't worth it.
Click To Tweet

Don't miss your kids growing up or ignore your spouse.

And don't stop living at least one important dream every year. Money isn't worth it.

As John Lennon wisely pointed out, “Life is what happens when you're busy making other plans.”

You can't come back to the stuff that truly matters “someday” because eventually, you'll run out of “somedays”.

Life is what happens when you're busy making other plans.– John Lennon

Success is much more than money. Freedom is more than financial.

You must pursue financial success with balance or risk everything you worked for in the process.

Here's the shocking reality… Those men became financially rich, but they lost everything.

That is no way to succeed.

7 Key Reasons Why Financial Education Is Your Best Investment

A Simple Idea For Greater Happiness

FM 012: The New Retirement - A Little-Known Path To Fulfillment with Ken Turek

FM 018: How To Break Through Your Most Stubborn Limiting Beliefs With Dane Maxwell

FM 022: The Shocking Truth About Life After Financial Independence with Tess Vigeland

How Do You Know If You're Living In Financial Integrity?

How Smart People Make Dumb Financial Mistakes (so that it doesn't happen to you!)

The Little-Known Factor That Determines Your Wealth

The Minimalist Guide To Financial Planning

The Secret To Happiness... And Why It Has Nothing To Do With Money
Share:

I only coached with Todd for a few months four years ago and I am still benefiting from the experience as I complete my fourth positive cash flow real estate deal. I am well on my way to achieving my financial goals because of the focus and clarity that resulted from those coaching sessions years ago.

Your Financial Advisor is Taking 75%
of Your Retirement (or More!) Free Video