Americans Aren't Saving Enough For Retirement: How To Avoid Being Part Of The Problem

Are you on track for a secure retirement?

Most people aren't (unfortunately), and the latest retirement savings statistics prove it.

According to the Employee Benefit Research Institute, a tremendous loss of wealth resulting from the market downturn in 2008 made a difficult retirement planning situation far worse.

The most recent study conducted by the Employee Benefit Research Institute shows many workers remain uncertain about their ability to retire, and for good reason.

The results seem promising at first: “The percentage of workers confident about having enough money for a comfortable retirement, at record lows between 2009 and 2013, increased in 2014 and again in 2015.”

Related: How Your Financial Advisor is Taking 75% of Your Retirement Income (or More!) Video, PDF download, or Audio.

It's interesting to note the recession had little to no impact on the savings habits of most Americans. While retirement confidence is poor, people still aren't taking any action to improve their situation. Many workers stated they could be saving more money, but simply haven't made the commitment.

As a benchmark, here are some of the surprising numbers from the 2009 study that can be compared to today's numbers to show how little has changed:

Let's be clear: you can't retire in America on anything even remotely close to $25,000.00. Multiplying that number by 10 doesn't even get you close. Simply put, people are consistently failing to build enough retirement savings.

It doesn't matter if you viewed these statistics back in 2009, or view them again in 15 years. The fundamental issue is people aren't actually taking the actions necessary to secure their retirement.

Something Must Change or There Will Be a Retirement Crisis

Saving for retirement is one of the most important financial responsibilities you face. I know it's a confusing and big mountain to climb (and clearly, the statistics are evidence of this), but that's why I wrote the book How Much is Enough To Retire.

It's a brief read that teaches you exactly what you need to know to set a realistic retirement goal and achieve it. You don't have to be a part of these frightening statistics: there is a solution.

Your first action step is to read How Much Is Enough To Retire. Yes, it is a self-serving statement, but it will point you in the right direction, and research shows that just calculating how much you need to retire results in taking positive action toward the goal.

Additionally, if you know what you need to do to secure your retirement, but still haven't taken the necessary actions, then coaching may be a smart additional step for you.

Always remember that you never get a second chance at securing your retirement. The longer you wait, the harder it will be to achieve.

Anybody can learn to build a secure retirement -- and you don't need a financial advisor.

My course, Expectancy Wealth Planning, has been called "the best financial education on the internet" and provides all the knowledge you'll ever need to build the life -- and retirement -- of your dreams. 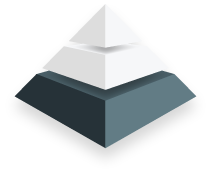 Are You Making This Early Retirement Mistake?

Average Savings By Age: How Do You Rank?

The Easiest Way To Save For Retirement Calculator

Todd helped me develop and execute three paths to financial freedom, one of which I have fully put into place in less than one year. Todd taught me how to define financial freedom for me, and he helped me vastly improve my financial knowledge and confidence. With his support and guidance, I developed three separate paths based on my interests and passions. He guided me as I explored and learned about each of the paths and got clear about specific plans to accomplish success on each path. I feel… END_OF_DOCUMENT_TOKEN_TO_BE_REPLACED