What Causes Inflation And Why Should You Care?

Central Banks Are The Enemy To Your Wealth

According to the book This Time is Different: Eight Centuries of Financial Folly

, the median inflation rate for various periods in history is as follows:

Look carefully – these are amazing statistics! For the first 400 years of our economic history, inflation was benign at under one percent. Then suddenly, in the last 100 years, it jumped dramatically.

Many people may not think a 5 or 10 fold jump in inflation is a big deal as the number is still relatively small at 5 percent.

However, that difference compounded over nearly 100 years was enough to destroy the purchasing power of the money you carry in your pocket by over 90% – not just once, but twice – in the last 100 years.

Inflation Changes Your Life… For The Worse

Think about it for a moment. Every dollar held in 1914 is currently worth only a few pennies.

Just imagine what would happen if you retired in 1914 and were still trying to live off your savings today. (I know nobody lives 100 years in retirement, but you get the point.)

Inflation is a huge deal, and one of the biggest enemies you face in trying to retire early.
Click To Tweet

Some readers may try and argue with the stats above, claiming inflation has been closer to 3% since 1914, or try and shave hairs off the stats prior to 1914.

Save your breath – it's not relevant to this discussion. My point is inflation was benign prior to 1914 and escalated dramatically after 1914. No manipulation of the statistics is going to change that point.

If you save, invest and, build your wealth, then inflation is your number one enemy. It dramatically affects how much money you need to retire, how much you need to save for your kids' education, and how to invest your savings. 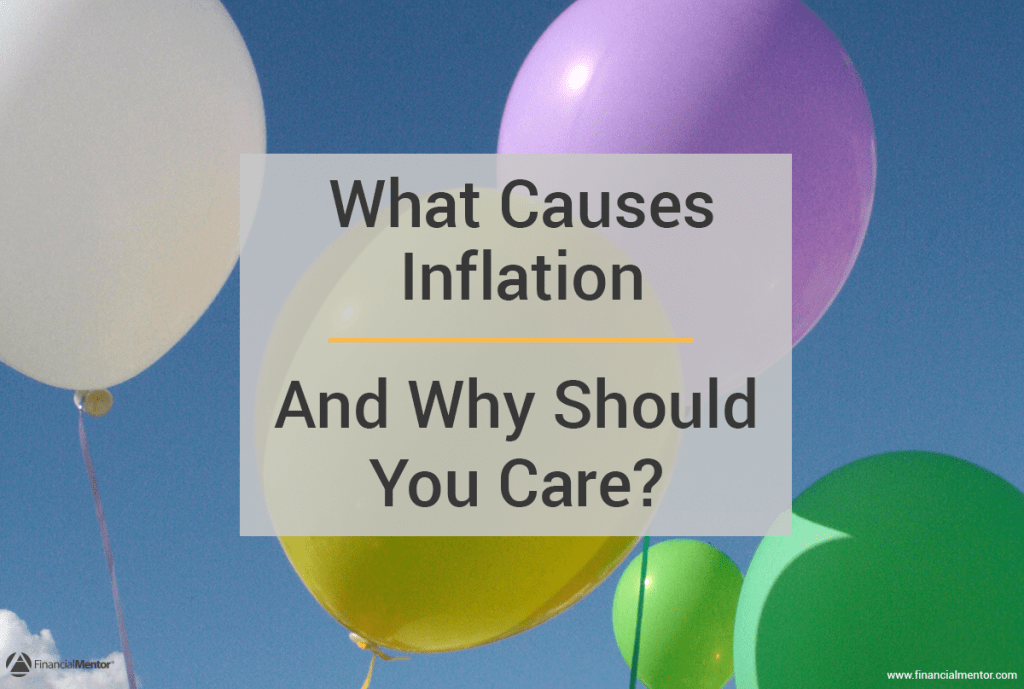 In short, it effects every major financial decision you'll make. Again, it's a very big deal. And the inflation problem grew dramatically after 1914.

Related: How to make more from your investing by risking less

There was a sudden and abrupt change — but what caused inflation to behave in this way? What occurred beginning around 1914 that would instantly change 400 years of relative monetary stability?

As Milton Friedman once said,

“Inflation is always and everywhere a monetary phenomenon.”

And who controls monetary policy? The Fed (or to be a little less U.S. centric – the central bank).

(Brief sidenote: another great saying is that inflation is a monetary phenomenon, but hyper-inflation is a political phenomenon. I agree, and that's why it's so important to keep a strong boundary between the Fed and Congress. Allowing the administration and Congress to encroach on central bank independence any more than already exists would be an extremely dangerous precedent and something to worry about.)

Getting back to my main point, why should you care that inflation has jumped dramatically since the Federal Reserve came into existence?

Because inflation is how the government taxes savings, and my readers are savers and wealth builders, so you should care.

It makes every dollar you've acquired worth less.

The government doesn't have the political will to directly tax wealth; it does it in an underhanded way by destroying the value of the currency the wealth is priced in.

They spend money that isn't theirs, thus destroying your money.

It's not how many dollars you have, but what those dollars purchase that matters.

Unfortunately, the Federal Reserve maintains policies that destroy the purchasing power of your dollars over time. They're the enemy of your wealth.

Let me be ruthlessly clear: the government literally steals your savings through a monetary policy that allows them to spend what they don't have, thus causing a high rate of inflation.

The henchman for this financial bludgeoning is the Federal Reserve (central bank). Don't take my word for it – just look at the statistics. Judge by results – often harsh, always fair.

You don't need to get caught up in all the details of esoteric economic theory – just look at the results.

The gold standard existed both before and after inflation accelerated, so that wasn't the cause.

It's a monetary phenomenon, and the central bank is responsible.

How Inflation Changes Everything…

The whole inflation reality is so ingrained in the American psyche, we hardly even notice it. Like the frog comfortably lounging in water slowly brought to a boil until he finally dies, Americans have watched the value of their currency erode with such consistency it feels almost natural.

But now things are starting to get uncomfortable. People are taking notice – something doesn't seem right in the world of banking, and of course, the key player in the middle of it all is the Federal Reserve.

I recently had an experience that woke me up to how ingrained the inflation assumption is in my own thinking.

I was stunned by my response! It would change everything (financially speaking).

Inflation and an unstable currency cause most of the financial uncertainty, volatility, and risk I currently must plan for.

In short, a stable currency and non-inflationary environment would change almost all aspects of financial planning.

It's that big of a deal. It's shockingly huge.

Try it yourself, you might just be amazed. Really, don't just gloss over this. Try it right now.

Close your eyes and imagine a world where the dollar you have today would still be worth a dollar 200 years from now.

The purchasing power of your savings doesn't decline with time, but holds constant instead.

Now consider how all your financial planning is affected by that reality.

You'll be amazed at how much easier your financial life would be than it is right now.

Thanks a lot, Federal Reserve!

Thanks for the uncertainty and difficulty you cause through a monetary policy that results in inflation.

Thanks for methodically stealing my savings.

And please share your comments below. How does the reality of inflation affect your thinking? How would your life be different if we returned to monetary stability?

Discover the scientific investment process Todd developed during his hedge fund days that he still uses to manage his own money today. It’s all simplified for you in this turn-key system that takes just 30 minutes per month.

Average Savings By Age: How Do You Rank?

FM 009: How To Convert Your Volatile Investment Portfolio Into Automatic Income With Wade Pfau

Pension News: You're on Your Own For Retirement

The Easiest Way To Save For Retirement Calculator
Share:

My business was in crises and my mind was in a haze so the last thing I wanted to do was talk on the phone with a coach. Yet, after an hour with Todd, I was thinking clearly again, had defined actionable goals for the next week, and felt back on track with my business. Bottom line is we accomplished our goals within weeks, the crisis is behind me, and my business is stronger than ever. Coaching with Todd has paid for itself many times over.