Most people dream about early retirement, but few make concrete plans and take the required actions to achieve the goal.

Readers on this site are different.

I've have made it my mission to teach the methods I used to retire early at age 35. I've taught these same principles to 100's of coaching clients with great success.

The truth is anyone can retire earlier than old if you're willing to commit to the goal, create a plan based on proven principles, and take persistent, consistent action. Surprisingly, it's really not that hard when you know what to do.

Below are several books that give you different perspectives on early retirement.

These books provide valuable supplementary education showing you what early retirement is all about, how to achieve it, and how to avoid the mistakes I (and countless others) have made.

After you've read through all the free material on the site, these books are a great next step.

The Magic of Thinking Big
While this isn’t explicitly a book on financial freedom, the principles found within are timeless and applicable to every aspect of life. Many who have reached financial independence recommend this book, and for good reason – it’s a game changer. You’ll find inspiring ideas on how to think big, along with real life examples to help you take action on the things you want to achieve in life.

Early Retirement Extreme: A Philosophical and Practical Guide to Financial Independence
I'm not an extreme frugalist, but that doesn't make Jacob's teaching wrong. It's a valid principle useful for any early retirement plan because it illustrates the inherent trade-offs between spending and your early retirement goals. Jacob was one of the early leaders teaching the early retirement game online and has gathered a huge following because of his simple, no-nonsense, smart framework for achieving financial independence sooner through minimalism.

Work Less, Live More, The Way to Semi-Retirement: The New Way to Retire Early
If you’re new to the idea of early retirement or financial freedom, then this book is a good way to open your eyes to all the possibilities out there. Clyatt profiles the stories of those who have successfully reached financial freedom, and gives a breakdown of how they got there, and how they’re continuing to live great lives.

The Simple Path to Wealth: Your road map to financial independence and a rich, free life
JL Collins is the popular blogger behind jlcollinsnh.com. His “stock series” is wildly popular because it explains buy-and-hold investing in clear, no-nonsense terms. While I don’t agree that a buy-and-hold strategy is great for everyone, a number of people have found financial independence by following the path laid out in this book. If you’re new to investing and don’t know where to start, or want a simple strategy, you’ll find it here.

The Dividend Mantra Way: Achieving Financial Independence By Living Below Your Means And Investing In Dividend Growth Stocks
I recommend giving this a read, but with a warning: dividend investing is just one of many, many different ways you can build wealth for financial freedom. It is far from the only way. It’s a good read for anyone completely new to the world of dividend investing. Fieber also shares his story of how he became interested in financial independence, and why he chose dividend investing to achieve it.

How To Retire Early: Your Guide to Getting Rich Slowly and Retiring on Less
This couple retired from full-time work at the age of 43. The purpose of this book is to show you exactly how they did it, so you can replicate their methods and retire early as well. It’s inspiring, and if you’ve been wishing for early retirement or thinking about trying to make it a possibility, you should read this book.

Can I Retire Yet?: How to Make the Biggest Financial Decision of the Rest of Your Life
I’ve had Darrow on my podcast twice, and he owns a blog by the same name as the book. He walks the talk, having retired at age 50, and explains how he was able to do that in this book. He also touches on the technical aspects of how to prepare for retirement, from healthcare to claiming Social Security to where to live and more. It’s an eye-opening read for anyone hoping to retire early. There’s much to learn from Darrow’s experience.

How to Retire Happy, Wild, and Free: Retirement Wisdom That You Won't Get from Your Financial Advisor
This book isn’t just for early retirees or those who dream of financial freedom. It’s also a useful book for people who have already retired and are finding the transition tough. Put simply, what a lot of people don’t realize about retirement is that it’s not about living a life of leisure. Permanent vacation isn’t fulfilling for most people. Zelinski explains how to find fulfillment in retirement.

You Can Retire Sooner Than You Think
In this book, you’ll discover the 5 steps Moss recommends to retire earlier. He dispels the myth that you need millions upon millions to retire securely and happily. He also suggests what might make for a happier and more fulfilling retirement. Be aware that some of his examples include high-earning couples, so if this isn’t you, it might not be relatable.

The Art of Possibility: Transforming Professional and Personal Life
Early retirement and happiness are two things that go hand-in-hand. But when you’re not working, you might lose your sense of purpose, and you have all the time in the world for self-reflection. This book will help you shift into a positive mindset and see the world from a framework that naturally leads to happiness and which helps you overcome limiting beliefs.

Slipstream Time Hacking: How to Cheat Time, Live More, And Enhance Happiness
This is almost more of a time management/productivity book, but because Hardy invites readers to use his ‘slipstream’ technique to live more of their lives in less time, it also fits right in with the concept of early retirement. Hardy bases his perception of time on relativity, so the concepts discussed aren’t new, but his perspective will be of interest for anyone trying to ‘hack time.’

The Happiness Hypothesis: Finding Modern Truth in Ancient Wisdom
Happiness is a key ingredient to experiencing early retirement to its fullest. It’s not touched upon very often since so many early retirees tend to be focused on the numbers and all the wonderful things that will happen after they’re free. This book will help you make sense of what you can do to increase your happiness – both in the present, and in the future. Haidt, a social psychologist, presents 10 ideas on happiness that come from years of researching philosophy, and seeks to answer the question many of us ponder: “why do some people find meaning, purpose, and fulfillment in life, but others do not?” 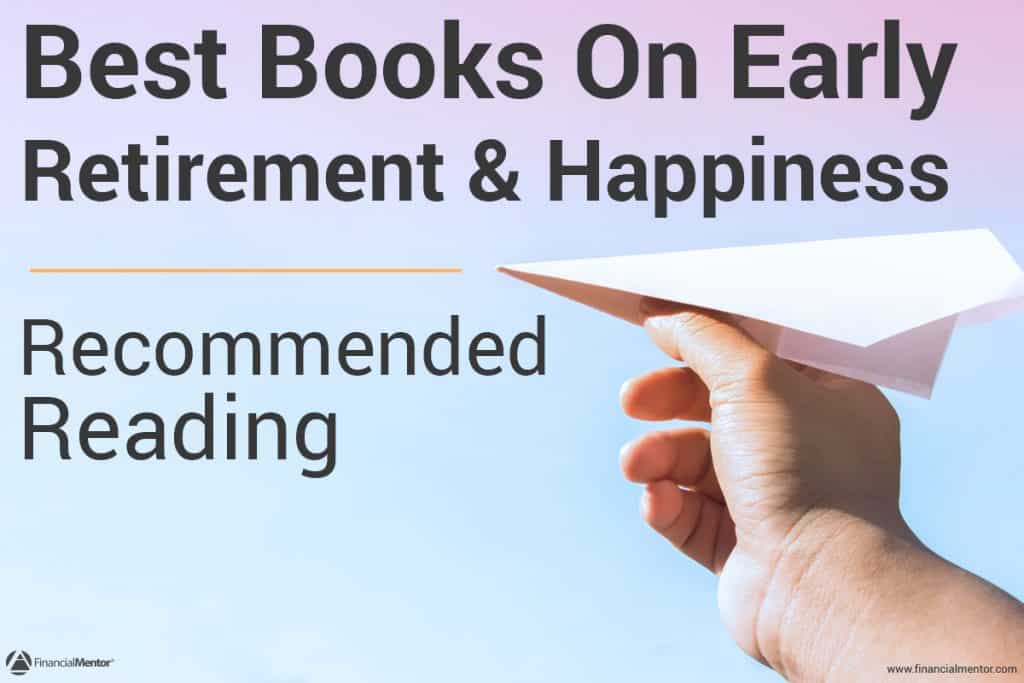